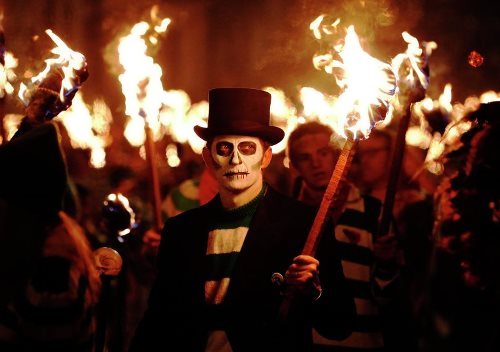 Bonfire Night or Guy Fawkes Day is one of the most popular festivals in Great Britain. It commemorates the discovery of the co-called Gunpowder Plot, and is widely celebrated throughout the country. On the fifth of November boys and girls get an old suit or maybe an old pair of dad’s pants and an old jacket and stuff them with straw or newspapers. Then they make a villainous-looking head. If they can get a hat, they put that on too. The dummy is called a Guy.
The children then march their Guy through the streets asking people for money: “A penny for the Guy, mister?” If they collect enough money, they go and buy fireworks — rockets, and sparklers and the like.
As soon as it gets dark, everyone, children and adults, make a huge bonfire and burn the dummy on it.

On the fifth of November, 1605 Guy Fawkes tried to blow up the Houses of Parliament.
In 1605, King James I was on the throne. He was a Protestant and hated Catholics… and James took the Scottish throne when he was just a year old, and was known as James VI of Scotland. When Elizabeth I died, he took the English throne as well as the Scottish one. He was the first monarch to rule both countries but he was known as James I of England.
Catholics hated him. James had ordered all Catholic priests to leave the country and wouldn’t allow Catholics to worship as they pleased.
Guy Fawkes and some of his friends decided to do away with the King and the Members of Parliament who were making life difficult for Catholics.
To carry out their plan, the plotters got hold of 36 barrels of gunpowder and rolled them into the cellar, just under the House of Lords. The idea was to set off the gunpowder as soon as the King opened the new session of Parliament on the fifth of November, 1605.
But it became clear that some innocent people would be hurt or killed in the attack. One of the group members even sent an anonymous letter warning his friend, Lord Monteagle, to stay away from Parliament on the fifth of November.
The warning letter reached the King. The plot was discovered.
In the early hours of the fifth of November, Guy Fawkes, who was hiding in the cellar with the 36 barrels of gunpowder, was arrested and taken to the Tower of London. He was executed on January 31st, 1606 in the Old Palace Yard at Westminster. 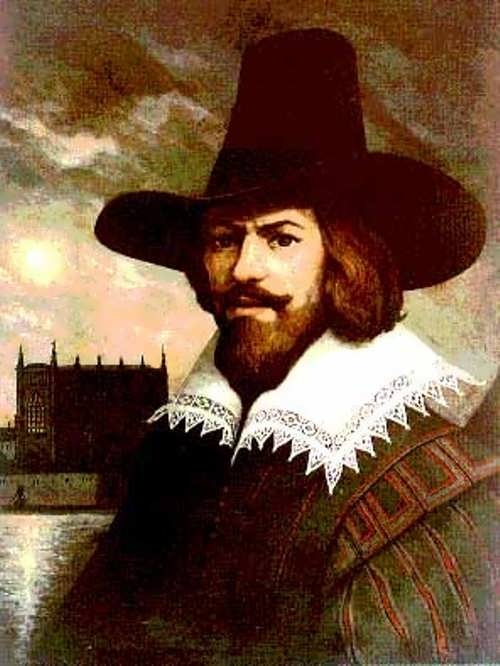 Some Facts
Guy Fawkes’ real name was Guido Fawkes, but when he joined the plot he took the name of John Johnson.
When Guy Fawkes was arrested, he was wearing a mask.
British people sometimes joke that Guido Fawkes was the only man ever to enter Parliament with honest intention.
Fireworks were invented in China over 2000 years ago.
In the Far East, fireworks have been used at religious ceremonies for centuries.
The first known use of fireworks in Britain was at the wedding of Henry VII of England, that was in 1486. 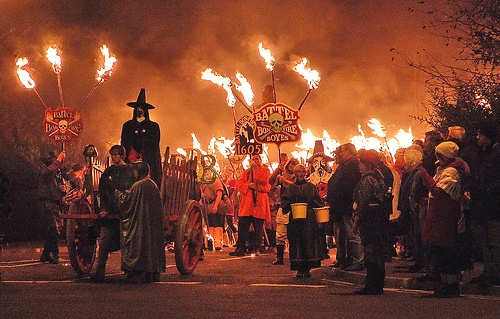 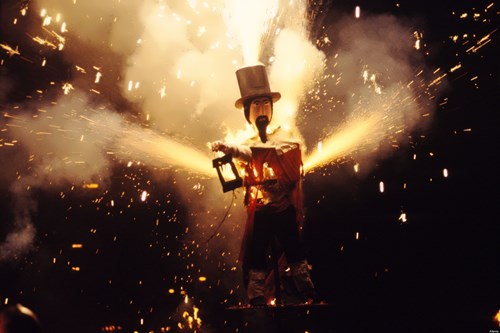 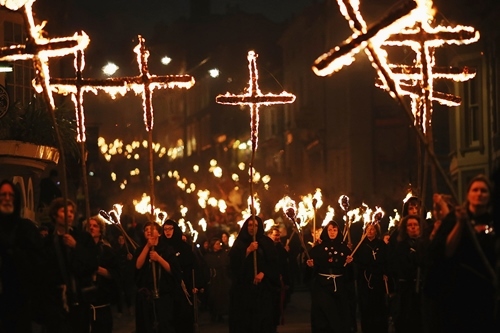 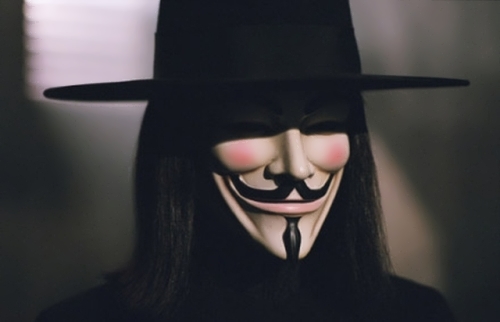