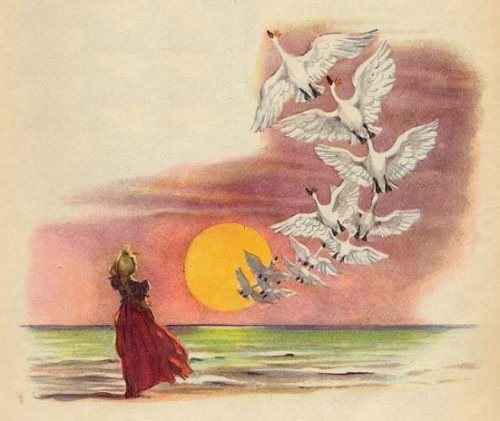 Far, far away where the swallows fly when we have winter, there lived a King who had eleven sons and one daughter, Elisa. The eleven brothers, Princes all, each went to school with a star at his breast and a sword at his side. They wrote with pencils of diamond upon golden slates, and could say their lesson by heart just as easily as they could read it from the book. You could tell at a glance how princely they were. Their sister, Elisa, sat on a little footstool of flawless glass. She had a picture book that had cost half a kingdom. Oh, the children had a very fine time, but it did not last forever.
Their father, who was King over the whole country, married a wicked Queen, who did not treat his poor children at all well. They found that out the very first day. There was feasting throughout the palace, and the children played at entertaining guests. But instead of letting them have all the cakes and baked apples that they used to get, their new step mother gave them only some sand in a teacup, and told them to make believe that it was a special treat.
END_OF_DOCUMENT_TOKEN_TO_BE_REPLACED 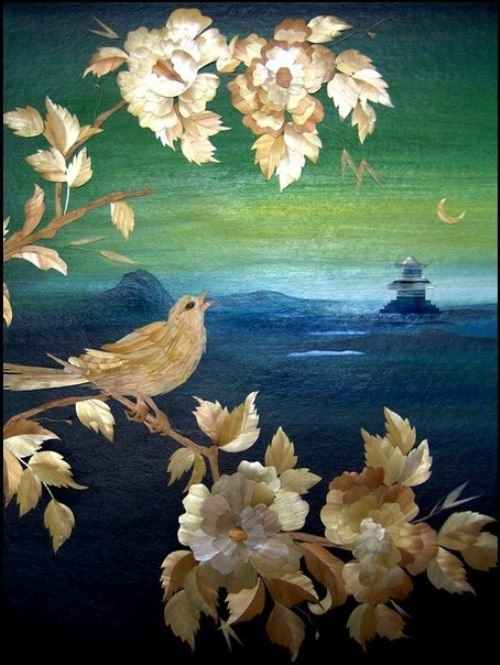 The Emperor of China is a Chinaman, as you most likely know, and everyone around him is a Chinaman too. It’s been a great many years since this story happened in China, but that’s all the more reason for telling it before it gets forgotten.
The Emperor’s palace was the wonder of the world. It was made entirely of fine porcelain, extremely expensive but so delicate that you could touch it only with the greatest of care. In the garden the rarest flowers bloomed, and to the prettiest ones were tied little silver bells which tinkled so that no one could pass by without noticing them. Yes, all things were arranged according to plan in the Emperor’s garden, though how far and wide it extended not even the gardener knew. If you walked on and on, you came to a fine forest where the trees were tall and the lakes were deep. The forest ran down to the deep blue sea, so close that tall ships could sail under the branches of the trees. In these trees a nightingale lived. His song was so ravishing that even the poor fisherman, who had much else to do, stopped to listen on the nights when he went out to cast his nets, and heard the nightingale.
END_OF_DOCUMENT_TOKEN_TO_BE_REPLACED 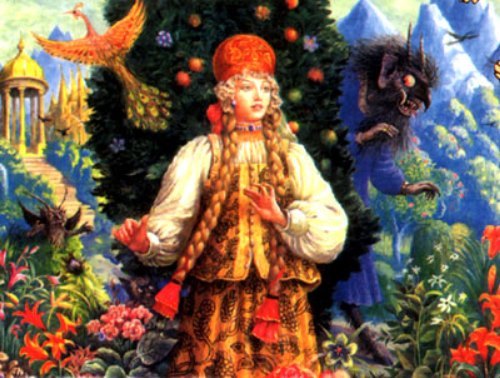 Once upon a time as a merchant set off for market, he asked each of his three daughters what she would like as a present on his return. The first daughter wanted a brocade dress, the second a pearl necklace, but the third, whose name was Beauty, the youngest, prettiest and sweetest of them all, said to her father:
«All I’d like is a rose you’ve picked specially for me!»
When the merchant had finished his business, he set off for home. However, a sudden storm blew up, and his horse could hardly make headway in the howling gale. Cold and weary, the merchant had lost all hope of reaching an inn when he suddenly noticed a bright light shining in the middle of a wood. As he drew near, he saw that it was a castle, bathed in light.
END_OF_DOCUMENT_TOKEN_TO_BE_REPLACED 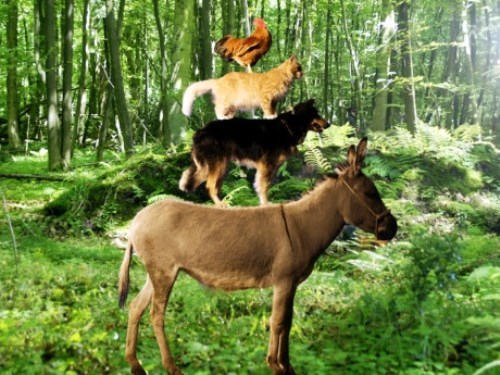 Once upon a time, a long while ago, when beasts and fowls could talk, it happened that a dog lived in a farmer’s barnyard. By and by he grew tired of watching the house all night and working hard all day, so he thought he’d go out into the world to seek his fortune. One fine day, when the farmer had gone away, he started off down the road.
He hadn’t gone far when he spied a cat curled up asleep on a door-stone in a farmer’s yard, so he looked over the fence and called to the cat, «I’m going out into the world to seek my fortune. Don’t you want to come along too?»
END_OF_DOCUMENT_TOKEN_TO_BE_REPLACED 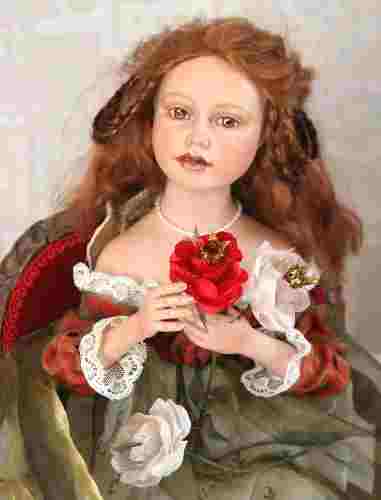 Цветы маленькой Иды
Little Ida’s Flowers
«My poor flowers are quite dead,» said little Ida. «They were so pretty last evening, but now every leaf has withered and drooped. Why do they do that?» she asked the student who sat on the sofa.

She was very fond of him because he told such good stories and could cut such amusing figures out of paper-hearts with dancing ladies inside them, flowers of all sorts, and castles with doors that you could open and close. He was a rollicking fellow.
END_OF_DOCUMENT_TOKEN_TO_BE_REPLACED 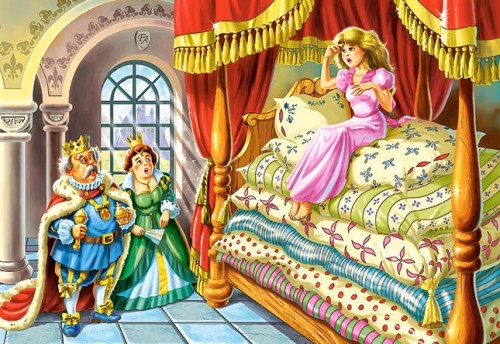 The Princess on the Pea

Принцесса на горошине
The Princess on the Pea
Once there was a Prince who wanted to marry a Princess. Only a real one would do. So he traveled through all the world to find her, and everywhere things went wrong. There were Princesses aplenty, but how was he to know whether they were real Princesses? There was something not quite right about them all. So he came home again and was unhappy, because he did so want to have a real Princess.
END_OF_DOCUMENT_TOKEN_TO_BE_REPLACED 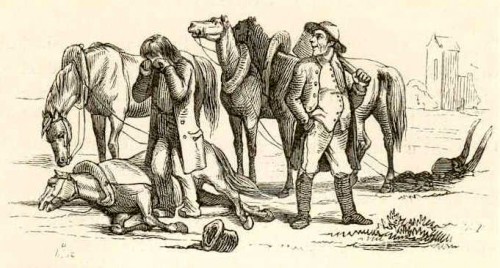 Маленький Клаус и Большой Клаус
In a village there lived two men who had the self-same name. Both were named Claus. But one of them owned four horses, and the other owned only one horse; so to distinguish between them people called the man who had four horses Big Claus, and the man who had only one horse Little Claus. Now I’ll tell you what happened to these two, for this is a true story.
The whole week through, Little Claus had to plow for Big Claus and lend him his only horse. In return, Big Claus lent him all four of his horses, but only for one day a week and that had to be Sunday.
END_OF_DOCUMENT_TOKEN_TO_BE_REPLACED
Страница 9 из 11« Первая«...7891011»