« Welcome to the Tower of London
Great Depression » 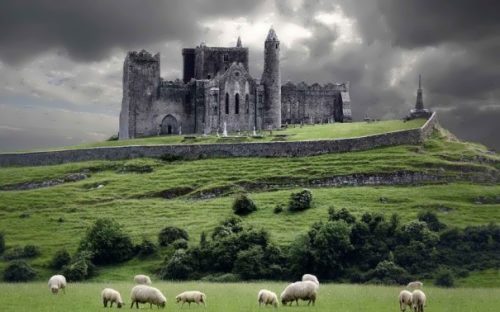 The Irish people are said to be gifted, religious and unpredictable. They have the gift of song and story. The harp used to be the most popular musical instrument and it even became the national symbol.
The Irish are also famous for their hospitality. Ireland is sometimes called The Land of a Hundred Thousand Welcomes.
The land is beautiful with its fine lakes, mountains, and green fields. Rain makes Ireland’s grass so green, that it is known as the “Emerald Isle”.
Ireland was inhabited by people thousands of years ago, but very little is known about the early Irish. Around 200 BC, the Celts came to the island. Later, the island was invaded by the Vikings, who founded the first towns, including Dublin. In 1066 England was conquered by the Normans, who soon came to the sister island.

The English kings looked upon Ireland as their domain, but the Irish were hard to rule. Besides, there was a problem of religion. Most of the Irish were Roman Catholics. When England became Protestant, Catholics had a difficult time. They were excluded from Parliament, town councils, the army, and civil services.
The patron saint of Ireland is St Patrick, but he wasn’t Irish. He was born in England and at the age of 16 was captured by Irish raiders and brought to Ireland as a slave. He had a hard time. During that time he became deeply religious and began to have visions. Six years later he moved to the continent. For more than twenty years he studied under the greatest teachers in France. One day the Pope gave him the task to bring Christianity to the Irish people, and Patrick returned to Ireland in 432 AD. He travelled all over the country, baptizing, preaching, and building churches.
For many years there was fighting between the English and the Irish.
The English language was imposed upon Ireland, yet the Irish have given English literature some of its greatest works. One small country could produce the brilliant sequence of Swift, Goldsmith, Burke, Sheridan, Samuel Beckett, James Joyce, William Butler Yeats, George Bernard Shaw, Oscar Wilde, Thomas Moore…
The well-known Irish poet Thomas Moore wrote a poem “Those evening bells”, which was translated into English and became one of the most popular songs in Russia.
A list of famous people of Irish descent — for example Presidents Reagan and Kennedy —is endless!
Between 1845 and 1851 there was a terrible famine which was caused by a disease in the potato crop. The potato was the main food for many Irish people. Almost a million people died and even more emigrated.
The conflict between Britain and Ireland continued till 1920. In 1922, after a bitter war of independence, the Irish Free State was born. In 1948 it became the Republic of Ireland (Eire). The new independent state was not a rich country. Now Ireland’s economy is a rare success story in Europe. It is often called the Celtic Tiger. 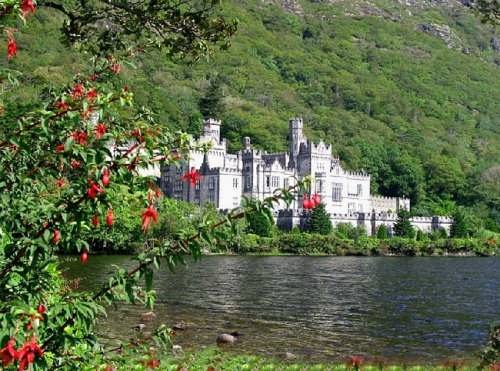 Blarney Castle stands looking so silent and so strong, framed by gentle hills and tall trees. It dates back to the 15th century. Now it is mostly famous for the ancient ritual of Kissing the Blarney Stone all who kiss the Stone can receive the gift of Irish talk, soft, persuasive, with a nice touch of flattery. Perhaps, people believe it, because Lords of Blarney were very good at talking. 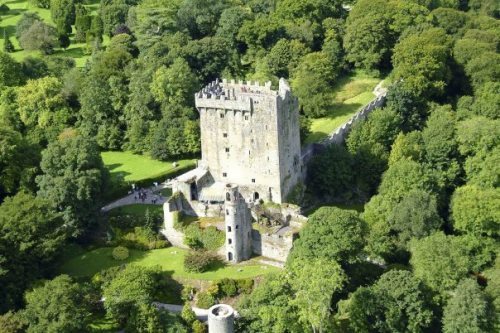 Some facts about Ireland
? Its total area (including Northern Ireland) is 32.595 square miles.
? The capital of Ireland is Dublin. The capital of Northern Ireland is Belfast.
? The longest river is the Shannon.
? There are more than 70 million people of Irish descent in the world.
? Beef is the largest Ireland’s edible export.
? Boiled bacon and cabbage is Ireland’s most popular traditional dish.
? A portrait of Ireland’s most famous poet, W. B. Yeats appears on the Irish 10-pound note.
? The official emblem of Ireland is the harp.
? There are two official languages, English and Gaelic. Gaelic is the old language of Ireland and there were times when it almost disappeared. Nowadays, it’s a compulsory subject in Irish schools.
? The colours of the Irish flag are green, white and orange. The green represents the older Gaelic and Anglo-Norman population, the orange represents Protestants, and the white represents a lasting truce between “Orange” and “Green”.
? The symbol of Ireland is the shamrock. The legend says that St Patrick showed the three leaves to demonstrate the concept of the Holy Trinity.
? Ireland’s national animal is the horse.
? Murphy is the most common surname.
? Some of the oldest surnames are prefixed by ‘Mac’ (a son of) or ‘O’ (grandson of). 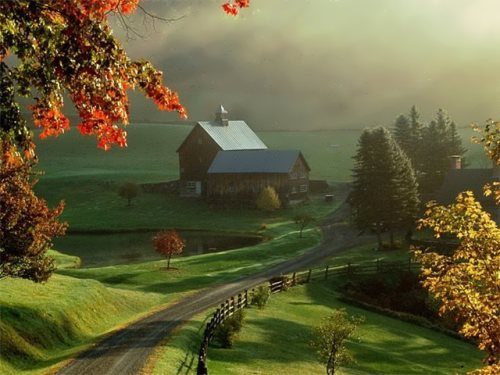 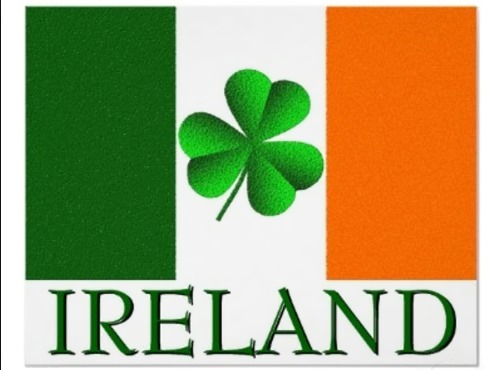