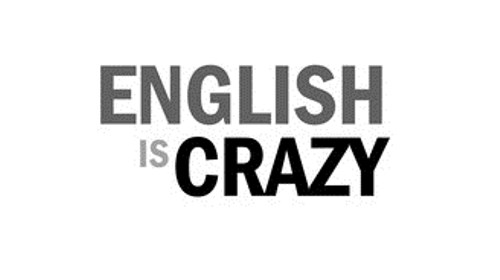 Around 400 million people speak English. Geographically, English is the most widespread language on earth, and it is second only to Chinese in the number of people who speak it. Only a few million people spoke English in Shakespeare’s time. Today, English is represented in every continent and in the three main oceans — the Atlantic, the Indian and the Pacific. English is probably the most insatiable borrower. Scientists say that the average vocabulary of a native speaker is 5,000 words. William Shakespeare, however, used 30,000 words!
People have long been interested in having one language that could be spoken throughout the world. Such a language would help to increase cultural and economic ties and simplify communication between people. Through the years, at least 600 universal languages have been proposed, including Esperanto. About 10 million people have learned Esperanto since its creation in 1887, but English, according to specialists, has better chances to become a global language.

Some facts about languages
• About 5,000 languages and dialects are still spoken in the world today. About 845 come from India.
• After English and Chinese, the next commonly spoken language is Spanish.
• Sixty-five different alphabets are used in the world today.
• The language with most letters is Cambodian. It has 72 letters!
• The language with the least vowels is Abkhazian. It has only 2 vowel sounds!
• Chippewa, the North American Indian language of Minnesota, has 6,000 verb forms!

Some facts about English
• There were only 30,000 words in Old English.
• There are about 60,000 words in common use.
• About 450-500 words are added to the English vocabulary every year.
• Only 30 per cent of the words are native.
• The longest word in the English language is pneumonoultamicroscopicsilicovolcanoconiosis (a lung disease), with 45 letters.
• The most overworked word in English is the word set. It has 126 verbal uses and 58 noun uses.
• The largest English-language dictionary is the 20-volume Oxford English Dictionary, with 21,728 pages.

English is a crazy language
Blackboards can be green or blue, blackberries are green and then red before they are ripe. There is no egg in eggplant, no grape in grapefruit, neither mush nor room in mushroom, neither pine nor apple in pineapple, and no ham in hamburger.
English is unreliable language: grey-hounds aren’t always grey, panda bears and koala bears aren’t bears, and a guinea pig is neither a pig nor from Guinea.
Hot dogs can be cold, homework can be done at school, rush hours often last longer than sixty minutes. A king rules a kingdom but a queen doesn’t rule a queendom.
If the plural of tooth is teeth, shouldn’t the plural of booth be beeth? Why is it that when the sun or the moon or the stars are out, they are visible, but when the lights are out, they are invisible?

Test your English teacher
• If people from Poland are called Poles, why aren’t people from Holland called Holes?
• Why is the time of day with the slowest traffic called the rush hour?
• Why do a slim chance and a fat chance mean the same (‘no chance at all’)?
• Why is it called building when it is already built?
• Why is abbreviation (‘a short form of’) such a long word?