« The ransom of Red Chief by O. Henry
Oberon and Titania » 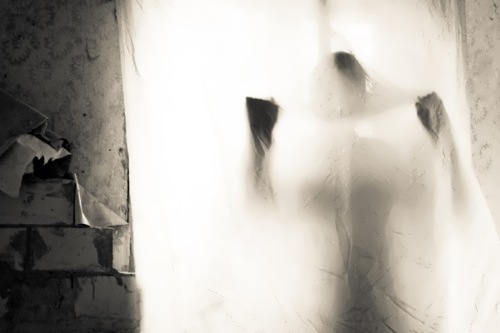 It was Christmas Eve, and there were fourteen of us in the house. After a good dinner, we were all in the mood for fun and games. When somebody suggested hide and seek, there were loud shouts of agreement. The only person who refused to play hide and seek was Jackson.
‘I’m sorry. I won’t play hide and seek,’ he said with a shy little smile.
‘Aren’t you feeling well?’ someone asked. ‘I’m perfectly all right, thank you,’ he said. ‘But still I’m not playing hide and seek.’ ‘Why not?’ someone asked.
He hesitated for a moment, then he said, ‘I sometimes go and stay at a house where a girl was killed. She was playing hide and seek in the dark. She didn’t know the house very well. There was a door that led to the servants’ staircase but she thought the door led to a bedroom. She opened the door and jumped — and fell down to the bottom of the stairs. She broke her neck, of course.’
We all looked serious. Mrs Fernley said, ‘How terrible! And were you there when it happened?’
‘No,’ said Jackson, ‘but I was there when something else happened. Something worse.’ ‘What could be worse than that?’