« Oxbridge
The Weekend in Great Britain »

Holidays and Festivals in Great Britain 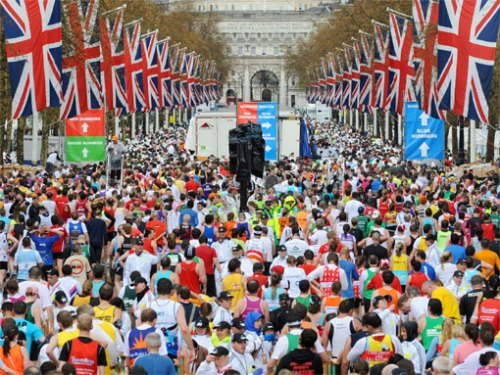 There are eight holidays a year in Great Britain. On these days people don’t go to work. They are: Christmas Day, Boxing Day, New Year’s Day, Good Friday, Easter, May Day, Spring Bank Holiday, Late Summer Bank Holiday.
Most of these holidays are of religious origin. But nowadays they have lost their religious significance and are simply days on which people relax, visit their friends. All the public holidays (except New Year’s Day, Christmas and Boxing Day) are movable. They don’t fall on the same date each year.
Besides public holidays, there are other festivals, anniversaries, on which certain traditions are observed. But if they don’t fall on Sunday, they’re ordinary working days.

New Year
In England New Year is not as widely observed as Christmas. Some people just ignore it, but others celebrate it in one way or another.
The most common type of celebration is a New Year party (either a family party or one arranged by a group of young people).
This usually begins at about 8 o’clock p.m. and goes until the early hours of the morning. There is usually a buffet supper of cold meat, pies, sandwiches, cakes, a big bowl of punch.
At midnight people listen to the chiming of Big Ben and sing «Auld Lang Syne» (a song by Robert Burns «The days of long
ago»).
Another popular way of celebrating New Year is to go to a New Year’s dance. Most hotels and dance halls hold a special dance on New Year’s Eve.
The most famous celebration is round the statue of Eros in Piccadilly Circus. People sing, dance and welcome the New Year. Someone usually falls into the fountain. January 1st is a public holiday. People don’t work. They send cards and give presents.

CHRISTMAS DAY is observed on the 25th of December. In Britain this day was a festival long before the conversion to Christianity. Though religion in Britain has been loosing ground Christmas is still the most widely celebrated festival. It is the most colourful and merry holiday.
On Christmas Eve everything is rush. Offices close at one o’clock but the shops stay open late. Most cities are decorated with coloured lights and enormous Christmas trees. In the homes people decorate Christmas trees and hang a bunch of mistletoe under which the boys kiss the girls. They also arrange Christmas cards on shelves, tables, mantel-pieces. The housewife is busy cooking a turkey and baking Christmas cakes.
Over the end of the bed people hang stockings. Children believe that Father Christmas will come down the chimney and fill the stockings with presents. A carrot for the reindeer is usually left on the mantelpiece.
On Christmas Day many people go to church. On returning from church the family gather round the Tree and open the parcels. Everyone gets something.
Christmas meal is really traditional — stuffed turkey, boiled ham, mashed potatoes to be followed by plum pudding, mince pies, tea or coffee and cakes.
People travel from all parts of the country to be at home for Christmas.

Another popular festival is Guy Fawkes Night (November, 5). It commemorates the discovery of the so-called Gunpowder Plot and is widely celebrated throughout the country.
Conspiracy was going to destroy the English Houses of Parliament and King James I, when the latter opened Parliament on November, 5, 1605.
In May 1604 the conspirators rented a house adjoining the House of Lords from which they dug a tunnel to a vault below the house. There they stored 36 barrels of gunpowder. It was planned that when King and Parliament were destroyed the Roman Catholics should attempt and seize power. But on October, 26, one of the conspirators wrote to Lord Monteagle and warned him to stay away from the House of Lords. On November, 4, a search was made and the gunpowder was found together with Guy Fawkes, an English Roman Catholic. Fawkes had been commissioned to set off the explosion. Fawkes was hanged.
According to another theory the plot never existed at all. The Government just wanted to blacken the Catholics and tighten the laws against them. The truth is so deeply buried that we are not likely to discover it.
On November, 5, children are allowed to let off fireworks to make a bonfire and burn on it the figure of a «guy» made of old clothes, straw and a hat.

St. Valentine’s Day
St. Valentine’s Day is celebrated on February, 14. Every St. Valentine’s Day thousands of people travel to a small village on Scotland’s border with England to get married. The village is called Gretna Green. Its romantic reputation began in 1754. In that times in England marriage for the people under the age of 21 without parents’ permission was banned. However, in Scotland this permission was not required. Gretna Green was the first stop across the border. Many young couples came to Gretna Green to get married there.
Nowadays, in this place, at least one couple gets married every day of the year. Weddings for St. Valentine’s Day have to be booked 3 months in advance. On this day boys and girls, sweethearts, husbands and wives, friends and neighbours exchange greetings of affection and love. People send each other greeting cards, chocolates and flowers. Valentine’s cards are very colourful, with a couple of human hearts on them.
In the last century, sweethearts would spend hours fashioning a home-made card or a present.
There is a version of the first Valentine. It was a bishop, a Christian martyr who before he was put to death by the Romans sent a note of friendship to his jailer’s blind daughter.

Easter
Easter is a time when certain traditions are observed. It is celebrated either as the start of spring or a religious festival. In England presents traditionally take the form of an Easter egg. Easter eggs are usually made of chocolate. Nowadays, Easter eggs are often artificial. But they haven’t been used before the middle of the last century and they haven’t displaced the true Easter eggs.
Easter eggs always grace breakfast tables on Easter Day. Sometimes they are hidden about the house for the children to find them.
There are some Easter games like egg- rolling and egg-shackling. Every year London greets the spring with Easter Parade in Battersea Park on Easter Sunday. The parade begins at 3 p. m.

EXERCISES
I. Answer the questions.
1. What holidays are celebrated on the same date each year?
2. How do people celebrate New Year?
3. How are the homes decorated on Christmas Eve?
4. Where do usually people put their presents on Christmas Eve?
5. What is the usual Christmas meal?
6. What holiday is celebrated on November, 5?
7. When is St. Valentine’s Day celebrated?
8. What is Gretna Green famous for?
9. How does London greet spring?
10. What graces breakfast tables on Easter Day?

III. True or false?
1. The most widely observed holiday is New Year’s Day.
2. Most hotels hold a special dance on New Year’s Eve.
3. Christmas Day became a festival after the conversion to Christianity.
4. On New Year Eve people hang a bunch of mistletoe.
5. Father Christmas puts all his presents under the Christmas Tree.
6. English people celebrate Christmas at home.
7. On November, 5 the Catholics planned to seize power.

IV. Fill in the gaps
1. Most of the holidays in Great Britain are of . . . origin.
2. All the public holidays are … .
3. There are a lot of festivals on which . . . are observed.
4. A New Year party usually begins at …and goes on until ….
5. At midnight people listen to the … of Big Ben.
6. The most famous celebration of New Year is round the . . . .
7. Christmas Day is observed on … .
8. Christmas meal is usually traditional .
9. The Government wanted an excuse to the Catholics.