How do I learn English 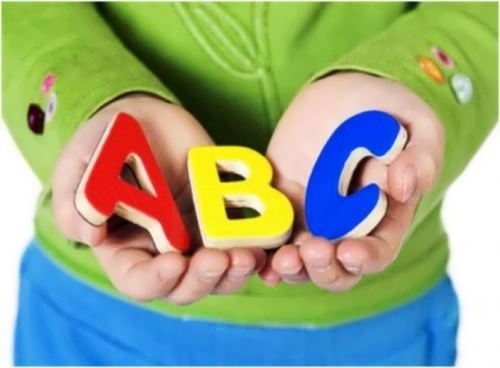 How do I learn English

How do I learn English
Nowadays it’s very necessary to know a foreign language. Knowledge of foreign language helps us to develop friendship and understanding among people.
The total number of languages in the world is from 2500 to 5000. English is spoken all over the world and very popular. There is a proverb: «Knowledge is Power» I agree with it.
I study English, because I want to read English books of great writers in origin. I want to communicate with people from different countries, I want to understand their culture and traditions. I like to travel. Speaking English I can travel anywhere, because more than 1 billion people speak English. I have a pen-friend abroad. She lives in Sweden. I have much fun writing letters to my Swedish friend.

How do I learn English? First of all I read a lot. There is always an English book on my desk. I’m trying to learn few new words every day. To remember words better I put them into groups. For example: believe — believer — belief — disbelieve. I listen to songs in English and try to recognize the words. I have some tapes and video-tapes in English. I like to watch different satellite TV programs in English.
I like studying English.
Questions:
1. Why is it necessary to speak English?
2. Is it difficult for you to learn English?
3. Is English popular now?
4. How do you learn English?
5. Do you like studying English?

– Why do people learn foreign languages in Russia?
– Russia is integrating into the world community and the problem of learning English for the purpose of communication is especially urgent today. In Russia people learn English to be able to exchange the latest information concerning science, technology and commerce with their colleagues; to be able to read foreign newspapers and books. Learning foreign languages is especially popular among young people. For them English is a way of exploring a completely new world. A person who travels a lot also needs English. Even in the countries where English is not an official language people will generally be able to understand it.

– What is a distinguishing feature of English?
– English belongs to a group of Germanic languages. Thus German is relatively close to English. At the same time England had numerous contacts with France, so French had tremendous influence on English. Today a person who knows both English and French will easily find numerous similarities in these languages. Those who already know English will have less difficulties learning French.

– What do you think is the most difficult about English?
– The richness of the vocabulary makes English a difficult language. Moreover, spelling and pronunciation make trouble. An other thing is that Russian and English are very different. It is not easy for a Russian to learn how to use definite and indefinite articles properly because there are no articles in Russian. In this context it should be said that the Germans and the French have less difficulties with English.

– Why are foreign languages important for specialists?
– Specialist should know foreign languages to communicate with their colleagues at the conferences, through books and journals or the Internet. Today it is not enough for a professional to know only one foreign language. That is why many young people who begin to think about their future early start learning several languages. For Russian specialists it is good to know not only English, but German and French as well. Undoubtedly, English is number one language that specialists should learn.

– What kind of foreign language do specialists have to know?
– Specialists have to know that kind of English which will help them to solve their professional problems. They need English for specific purposes. It has been established that there are important differences between, say, the English of commerce and that of engineering. That is why a great deal of English courses for specific groups of learners have been developed. The discovery that language varies from one situation of use to another allowed to determine the features of the specific situations making them the basis of the learners course. Today specialist of different branches of sciences and professionals can learn English for their specific purposes. Nowadays there are English courses for Biology, Geography, Law, History, Mathematics, Medicine, Economy, and other sciences.

The great German poet Goethe once said: «He who know no foreign language does not know his own one. Learning foreign languages is specially important nowadays. Some people learn foreign languages because they need them in their work, others travel abroad, for the third studying languages is a hobby.
Every year thousands of people from Russia go to different countries as tourists or to work. They can not go without knowing the language of the country they are going to. A modern engineer or even a worker can not work with an imported instrument or a machine if he is not able to read the instruction how to do it. Ordinary people need language to translation the instruction or the manual to the washing-machine or a vacuum-cleaner, medicine or even food-products.
Some people are as a rule polyglots. Historians diplomats need some languages for their work. If you want to be a classified specialist you must learn English, the language of international communication.
English is one of the world languages. It is the language of progressive science and technology, trade and cultural relations, commerce and business. It is the universal language of international aviation, shipping and sports. It is also the major language of diplomacy. Hundreds and hundreds of books, magazines and newspapers are printed in English, most of the world’s mail and telephone calls are in English. Half of the world’s scientific literature is written in English. English is spoken by more than 350 million people. Geographically, it is the most widespread language on earth, second after Chinese. It is the official language of the UK, the USA , of Australia and New Zealand, it is used as one of the official languages in Canada, the South Africa. Millions of people study and use English as a foreign language. In our country English is very popular. It is studied at schools, colleges and universities.
Learning English is not an easy thing. It is a long process and takes a lot of time and patience. But to know English today is absolutely necessary for every educated person. I want to know English because it’s interesting for me to know foreign countries, their cultures and tradition. English will be of great use in my future profession connected with computers.

The problem of learning languages is very important today. Foreign languages are socially demanded especially at the present time when the progress in science and technology has led to an explosion of knowledge and has contributed to an overflow of information. The total knowledge of mankind is known to double every seven years. Foreign languages are needed as the main and most efficient means of information exchange of the people of our planet.
Today English is the language of the world. Over 350 million people speak it as a mother tongue. The native speakers of English live in Great Britain, the United States of America, Australia and New Zealand. English is one of the official languages in the Irish Republic, Canada, the South African Republic. As a second language it is used in the former British and US colonies.
It is the major international language for communication in such areas as science, technology, business and mass entertainment. English is one of the official languages of the United Nations Organization and other political organization. It is the language of the literature, education, modern music, international tourism.
Russia is integrating into the world community and the problem of learning English for the purpose of communication is especially urgent today. Learning a foreign language is not as easy thing. It is a long and slow process that takes a lot of time and patience. But to know English is absolutely necessary for every educated person, for every good specialist.
It is well known that reading books in the original , listening to the BBC news, communicating with the English speaking people will help a lot. When learning a foreign language you learn the culture and history of the native speakers. One must work hard to learn any foreign language.