« Bonfire night
Mottos to live by » 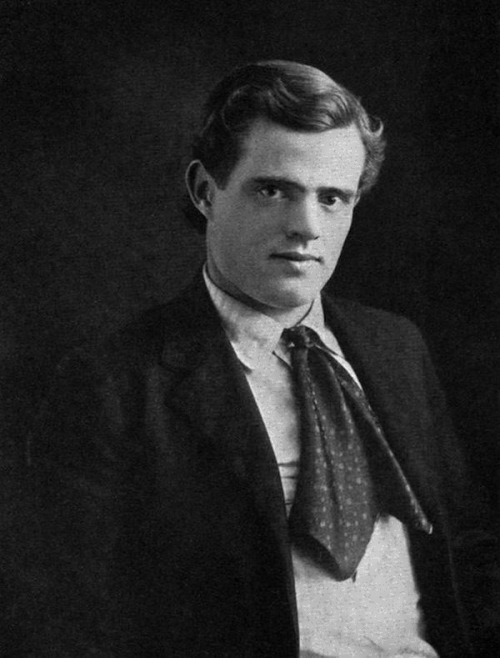 The novelist and short-story writer Jack London (1876-1916) was, in his lifetime, one of the most popular authors in the world. After World War I his fame was eclipsed in the United States by a new generation of writers, but he remained popular in many other countries, especially in the Soviet Union, for his romantic tales of adventure mixed with elemental struggles for survival.
John Griffith London was born in San Francisco on Jan. 12, 1876. His family was poor, and he was forced to go to work early in life to support himself. At 17 he sailed to Japan and Siberia on a seal-hunting voyage. He was largely self-taught, reading voluminously in libraries and spending a year at the University of California. In the late 1890s he joined the gold rush to the Klondike. This experience gave him material for his first book, ‘The Son of Wolf’, published in 1900, and for ‘Call of the Wild’ (1903), one of his most popular stories.

In his writing career of 17 years, London produced 50 books and many short stories. He wrote mostly for money, to meet ever-increasing expenses. His fame as a writer gave him a ready audience as a spokesman for a peculiar and inconsistent blend of socialism and racial superiority.
London’s works, all hastily written, are of uneven quality. The best books are the Klondike tales, which also include ‘White Fang’ (1906) and ‘Burning Daylight’ (1910). His most enduring novel is probably the autobiographical ‘Martin Eden’ (1909), but the exciting ‘Sea Wolf’ (1904) continues to have great appeal for young readers.
In 1910 London settled near Glen Ellen, Calif., where he intended to build his dream home, «Wolf House.» After the house burned down before completion in 1913, he was a broken and sick man. His death on Nov. 22, 1916, from an overdose of drugs, was probably a suicide.