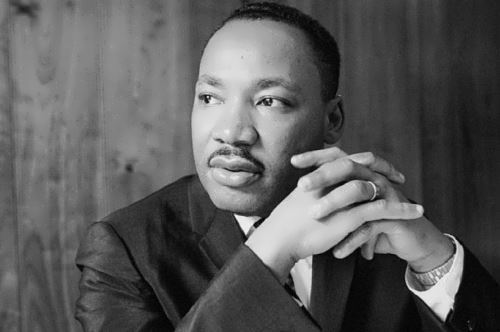 Martin Luther King was a Baptist minister and a student of the Indian leader Mahatma Gandhi. He is the only black American whose birthday is a national holiday. It’s celebrated on the third Monday of January each year.
Before the Civil War (1861-1865), most black people in the USA were slaves, with no rights. In 1868 they got the right to vote. But in the Southern states there was still ‘segregation’ (separate schools, parks, restaurants, toilets for whites and blacks). In 1954 segregation in schools became illegal, but it still existed in other public places.
An African American woman named Rosa Parks was arrested on December 1, 1955, in Montgomery, Alabama, because she refused to give up her seat on a bus to a white man. Black residents of the city were outraged. Martin Luther King was chosen to lead the protests that became known as the Montgomery bus boycott. King persuaded the black citizens to protest peacefully.

On the day of Rosa Park’s trial all buses in Montgomery were empty — black people simply stopped using them. The police started arresting the blacks for no reason. Martin Luther King’s house was bombed.
King’s name became synonymous with nonviolent demonstrations. He believed that blacks could win their struggle for equal rights without violence.
In 1963 King and his supporters were put in prison because of their protests against racial discrimination.
When he was freed, King and his supporters organized a march in the capital of the USA. King made a powerful speech beginning with the words ‘I have a dream’. He wanted people to be equal, like brothers.
In 1964 King was awarded the Nobel Prize for Peace. He was only thirty-four years old — the youngest man to ever receive this high honor.
In April 1968 Martin Luther was shot dead in Memphis, Tennessee, by James Earl Ray.
In 1983 Congress made his birthday, January 15th, a national holiday in his honor. 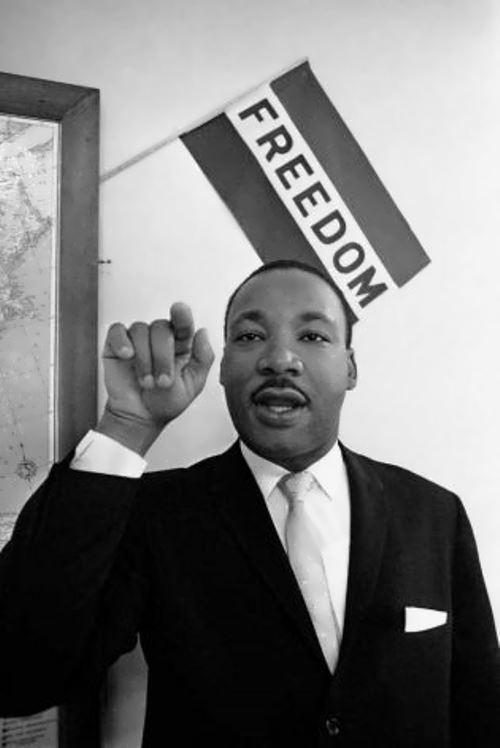 Say no to racial discrimination. People are equal 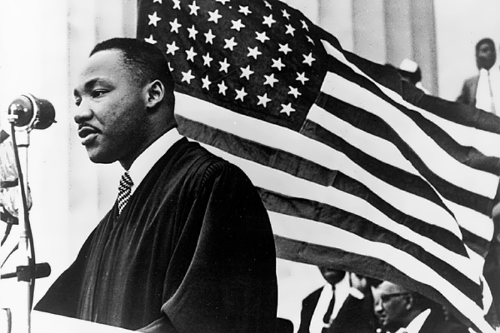 Black Baptist pastor — I have a dream 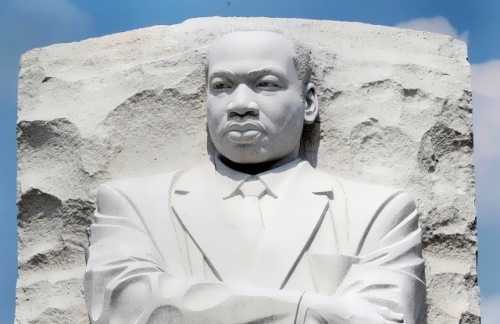 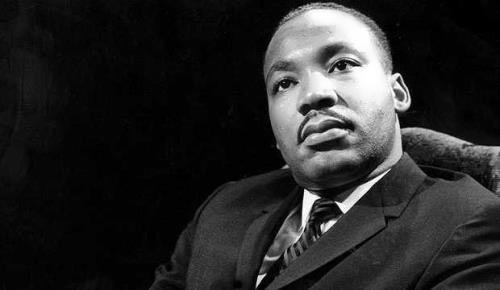 Pete Fecteau. Portrait of Martin Luther made of the Rubik’s Cube