Music in Our Life 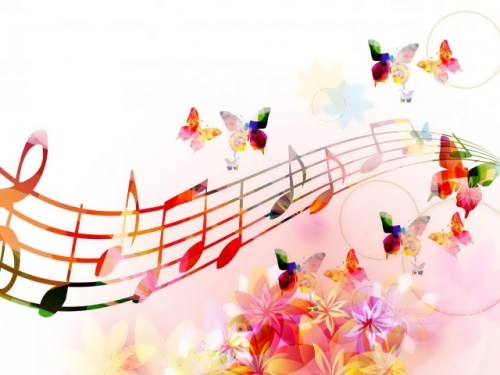 Music in Our Life

Music in Our Life
I love music, I think people cannot live without it. The first thing I do in the morning I switch on my tape — recorder. We can hear music everywhere: in the streets, in the shops, on TV, over the radio, in the cars, in the parks, everywhere. I think it’s really doesn’t matter what kind of music you prefer: rock, pop, classical, jazz. A lot of people are fond of music. They buy tapes, go to the concerts, I visit Concert Halls and Opera Theatres.
I enjoy listening music because it reflects my moods and emotions. Very often when I’m blue, I play my favourite merry songs and feel much better.

Sometimes I attend music halls and the concerts, when popular groups and singers are there. I like watching music programs on TV. I like to know more and more about popular talented groups and singers I like. One wall of my room is covered with posters of «Bon Jovi», «Scorpions», «Roxette», Russian singers Agutin, Sjutkin, Linda and others.
Some people go to music schools, they play different musical instruments, sing in the chorus, try to compose music.
Unfortunately there are so many ungifted singers on the stages, that it makes me sad. To have a good producer doesn’t mean to have good ears and voice. I think that only talented people can claim to be singers.

Questions:
1. Do you like music?
2. What kind of music do you like?
3. Are there many people fond of music?
4. Does music help you?
5. What are your favourite singers?
6. Did you go to the musical school?

– What was typical of American music of the 20-th century?
– In the 20-th century the USA developed several distinctive and highly influential types of music: jazz, blues, country, and rock’n’roll. The most important performers were Louis Armstrong, Duke Ellington, Charlie Parker, and John Coltrane in jazz; Muddy Waters in the blues, Hank Williams in country and western, and Elvis Presley in rock ‘n’ roll.

– Does music play an important role in the life of young people?
– Yes, it does. It even determines their life style and fashion. Teenagers try to imitate their favourite musicians in appearance, dress, and lifestyles. Hippies originally tried to imitate the «Beatles;» Hippies usually have long hair, they are dressed in torn clothes. People who prefer heavy metal would rather be dressed in leather and be richly decorated with decorations made of iron.

– What groups are popular in Russia now?
– Young people in Russia prefer different styles of music. Among the most popular groups are «Mumiy Troll», «Agatha Christie», «Tatoo», «Bee-2». At the same time many Russian teenagers have a special liking to the Ukrainian and Moldavian bands. In this context «Vopli Vidopliasova», «Ocean Elzi», and «Sdob Si Sdub» can be mentioned. Some of these bands perform in their native languages, while others sing in Russian. In either case Russian youth can easily understand a song in Ukrainian.

– What music do you like?
– In fact I can listen to almost any kind of music, my tastes range from classic music to heavy metal. At the same time there are certain styles of music that I prefer. I believe that music should be energetic, that is why I am fond of the German group «Scooter» that performs electronic music. They were extremely popular in our country in the late 1990s, although in the English speaking countries not many were aware of their existence. In 1999 the «Scooter» visited Russia and gave a concert in Moscow at «Olympiysky.» This was a fantastic and unforgettable show. They performed all their best songs including their hit «How much is the fish?»

– What is your favourite band?
– As I have already mentioned there are many groups that I am fond of. A couple of years ago I preferred the «Scooter.» I still like this group, but now I think that the band I like most of all is the «Savage Garden.» This is an Australian group that started to perform in the 1990s. The members of the «Savage Garden» are Daniel Jones and Darren Hayes. My favourite song by the «Savage Garden» is «To the Moon and Back.» It is very lyrical and inspiring. Their latest singles are «Chained to You» and «I Knew I Loved You».