The Patient by Conan Doyle 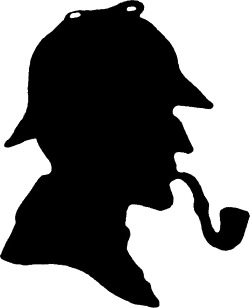 One October evening when Sherlock Holmes and I returned to our rooms in Baker Street we found a gentleman waiting for us. “Good evening,” said Holmes. “What can I do to help you?”
“My name is Percy Trevelyan,” said our visitor. “Well, some very strange things have been happening recently at my house and I felt that I ought to come and ask for your advice and your help.”
Sherlock Holmes sat down and lit his pipe. “You are welcome to both!” he said. “Please tell me all the details.”
“I am a doctor,” said our visitor. “I graduated from London University and began to work at King’s College Hospital. I continued to devote myself to research. My special interest is catalepsy and I wrote a book on this subject which won a prize. There was a general impression that a distinguished career lay before me. But, gentlemen, I had no money and a man who wants to become a specialist must live in a good house, have a horse and carriage. Suddenly, however, an unexpected incident opened up quite a new prospect for me.

The two murderers have never been found. The police found out that they were among the passengers of a steamer called Norah Creina which was lost at sea. There was not enough evidence against the servant, so he was never charged and the Brook Street mystery has never until now been given to the public.