« Pubs in Britain
Traditions and Customs in Great Britain » 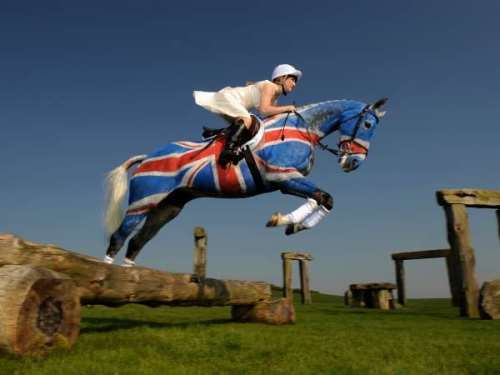 Sport plays a very important part in people’s lives in Britain. About 29 million people over the age of 16 regularly take part in sport or exercise. Walking is the most popular recreation. For many people sport is the main form of entertainment. There are a lot of sport programmes on TV. Every newspaper devotes several pages to sport.
The British are one of the best in the world in different sports. The importance of sport is recognized by the Government. Every local authority has a duty to provide and maintain playing fields and other facilities, which are very cheap to use (sometimes they are free).
Such sporting occasions as the Cup Final, the Derby, the Boat Race are regarded as the event, rather than the sport itself. They are watched on television by millions of people. These annual sporting occasions are available to all TV channels. Sometimes such events are accompanied by strong traditions. For example, Wimbledon is not just a tennis tournament. It means summer fashions, strawberries and cream, garden parties. Wimbledon is a middle-class event, and British tennis fans would never allow themselves to be treated like football fans.

Every tennis player dreams of playing at Wimbledon, as football player dreams of Wembley, and every cricketer dreams of playing at Lord’s.
The game peculiarly associated with England is cricket. Cricket is English in origin and has been extensively accepted in the Commonwealth. It is much more than just a sport; it symbolizes a way of life — a slow and peaceful rural way of life. Cricket is associated with long summer afternoons, the smell of new-mown grass. It is the national English game.
Rugby football has existed in Britain since the beginning of the 19th century, when a teacher at Rugby school, while playing football, decided it would be better to pick up the ball and run with it. There are two versions of this fast ball game: rugby union and rugby league. They are very similar, but the real difference between them is a matter of social history. Rugby union is the older of the two. In the 19th century it was played by most of Britain’s public schools. Rugby league split off from rugby union at the end of the century.
It is played by working class, while rugby union is mainly for the middle class (though in recent years it has become less exclusively middle class).
Traditionally, the favourite sports of the British upper class are hunting, shooting and fishing. The most widespread form of hunting is fox-hunting.
Shooting in Britain is allowed only during certain specified times of the year. Shooting means killing birds with guns. It is confined largely to the higher social classes.
The only kind of hunting which is associated with the working class is hare-coursing. The one kind of hunting, which is popular among all social classes is fishing.
Horse racing is a very popular sport in Britain. This sport became known as «the sport of kings» in the 17th century. Today some members of the royal family own race horses and attend certain annual race meetings; some are active participants in the sports of polo and show-jumping.
Almost every sport is played in Britain. Hockey, basketball, netball (for women) are becoming very popular.

EXERCISES
I. Answer the questions.
1. How can you prove that sport is the main form of entertainment?
2. Does the Government pay any attention to sport? (Prove it.)
3. What sporting occasions are regarded as the event, rather than the sport itself?
4. What game was originated in England?
5. What game symbolizes English way of life?
6. What’s the difference between rugby union and rugby league?
7. What are favourite English sports?
8. What sport is known as «the sport of kings»?