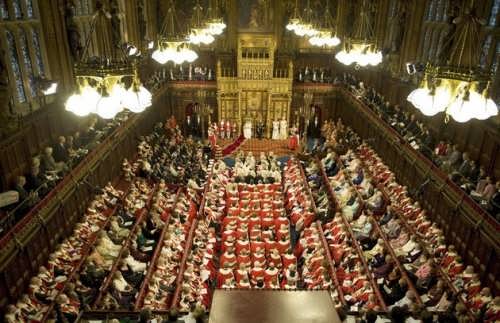 System of Government in GB
Britain is a parliamentary democracy with a constitutional monarch — Queen Elizabeth II — as a head of State.
Today the Queen is not only head of State but also an important symbol of national unity. The royal title in Britain is: «Elizabeth the Second, by the Grace of God of the United Kingdom of Great Britain and Northern Ireland and of Her other Realms and Territories Queen, Head of the Commonwealth, Defender of the Faith.» In law the Queen is head of the executive, an integral part of the legislature, head of the judiciary, the Commander-in-chief of all the armed forces of the Crown and the Supreme Governor of the established Church of England.
The Queen and the royal family continue to take part in many traditional ceremonies. They visit different parts of Britain; they are involved in the work of many charities.

In practice the monarch has no actual power: they say, the monarch reigns but doesn’t rule. Queen’s power is limited by the Parliament. Parliament is the supreme legislative authority in Britain and the
Prime Minister is the virtual ruler of the country.
Parliament comprises the House of Commons, the House of Lords and the Queen in her constitutional role. The Queen summons, prorogues and dissolves Parliament. She opens each session with a speech. It is her duty to make appointments to all important state offices. The Queen must see all Cabinet documents. She has the power to conclude treaties, to declare war and make peace.
The Commons has 651 elected Members of Parliament (MPs).
The Lords is made up of 1,185 hereditary and life peers, and the two archbishops and the 24 most senior bishops of the established Church of England. The centre of parliamentary power is the House of Commons. The leader of the party that obtains a majority in the House of Commons is the Prime Minister. The party which has majority of the seats in the House of Commons is called the Government, and the other is the Opposition. The Government may hold office for five years.
All the affairs of the State are conducted in the name of the Queen, but really the Prime Minister is responsible for every measure submitted to Parliament. As a head of the Government the Prime Minister appoints about 100 ministers, of whom about 20 are in the Cabinet (the senior group which takes major policy decisions). Ministers are responsible for government decisions and individually responsible for their own departments.
The Opposition has a duty to challenge government policies and to present an alternative programme.

Exercises
I. Answer the questions.
1. Is Britain a monarchy?
2. Who is the Commander-in-chief of all the armed forces of the Crown?
3. What are the duties of the Queen?
4. Who rules the country?
5. What is the supreme legislative authority in Britain?
6. How is the Government formed?

II. Explain the meaning of the following words and expressions.
1. The head of State —
2. The power is limited —
3. The leader of the party —
4. Majority of the seats —
5. To hold office for five years —
6. To be responsible for —
7. To present an alternative programme —

III. True or false?
1. Britain is a parliamentary monarchy.
2. The Prime Minister is head of State.
3. The Queen only takes part in traditional ceremonies.
4. Queen’s power is limited by the Parliament.
5. The Parliament is the supreme legislative authority.
6. The Lords are elected members of Parliament.
7. The centre of parliamentary power is the House of Commons.
8. All affairs of the State are conducted in the name of the Queen.
9. The Prime Minister declares war and makes peace.
10. Ministers are responsible for their own departments.