The History of Britain 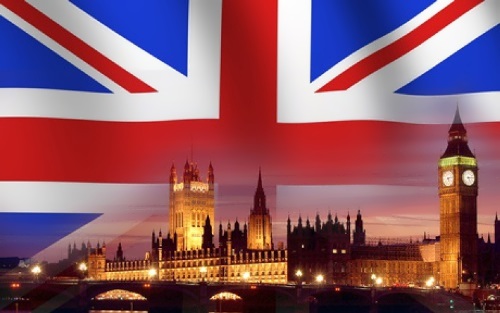 Two thousand years ago the Celts, who had been arriving from Europe, mixed with the peoples who were already in Britain Isles. The Roman province of Britannia covered most of the territory of present- day England and Wales. The Romans imposed their own way of living, culture, and language. But inspite of their long occupation of Britain, there isn’t much they left behind. Even most of temples, roads and cities were later destroyed. But such place- names like Chester, Lancaster, Gloucester remind us of the Romans.
The Romans influenced mainly the towns. In the country (where most people lived) Celtic speech dominated. The farming methods remained there unchanged. We can’t speak about Roman’s occupation as a large- scale settlement.
Later (during the 5th century) two tribes (the Angles and the Saxons) settled in Britain. They settled on a very vast territory. Only in the west of the country King Arthur and his army halted the tribes. But in the 6th century the way of life of these tribes predominated in England. The Celtic Britons’ culture and language survived in Southwest Scotland, Wales and Cornwall.

If the Romans had great influence on towns, the Anglo-Saxons influenced the countryside. There new methods of farming were introduced and a number of villages were founded.
The Anglo-Saxons were pagans, when they arrived in Britain. Christianity came from Rome in 597.
In the 8th century Britain was invaded by the Vikings, who came from Scandinavia. They settled in the North and West of Scotland and in some regions of Ireland. Later they were defeated by King Alfred.
Normans invaded Britain in the 11th century (1066). But this invasion wasn’t a large- scale one. Still this invasion influenced the life of Britain greatly.
At that time a feudal system was imposed. Lords and barons were French-speaking Normans. The peasants were the English-speaking Saxons.
Barons were responsible to the king, lords — to a baron. Under them were peasants. That was the beginning of the English class system. The Anglo-Norman kingdom was the most powerful political force at that time.
In this period the Germanic language (Middle English) dominated in England. As Northern and Central Wales was never settled by Saxons and Normans, the Welsh language and culture dominated there.
In the 13th century Parliament included elected representatives from urban and rural areas.
During the 16th century the power of the English monarch increased. The Tudor dynasty (1485—1603) established a system of government which strongly depended on the monarch. Parliament was split into two Houses. The House of Lords consisted of the aristocracy and the leaders of the Church. The House of Commons consisted of representatives from the towns.
During the 17th century Parliament established its supremacy over the monarchy in Britain. The conflict between the monarchy and Parliament led to the Civil Wars, which ended with the victory of Parliament. The leader of the parliamentary army was Oliver Cromwell. But after his death his system of government became unpopular. The son of the executed king was asked to take the throne.
In the 18th century the Scottish Parliament joined with the English and the Welsh Parliaments.
In that century the increased trade led to the Industrial Revolution. People from rural areas moved to towns. The population of London was close to a million at that time.
In the 19th century Britain controlled the biggest Empire in the world. The Empire was made up of Ireland, Canada, Australia, India and large parts of Africa. These countries had internal self-government, but recognized the authority of the British government. Britain was the greatest economic power. The British spread their culture and civilization around the world.
The beginning of the 20th century can’t be called stable. Women struggled for their rights. The situation in Ulster wasn’t stable. At the beginning of this century the working class became stronger. In Parliament, the Labour party replaced the Liberals. Trade unions organized themselves. Until 1980s the Trades Union Congress was the most powerful political force outside the institutions of government.

EXERCISES
I. Answer the questions.
1. What reminds people of the Romans?
2. How did the Anglo-Saxons effect the countryside?
3. Who invaded Britain in the 8th century?
4. When was a feudal system imposed?
5. When was Parliament split into two Houses?
6. Who was the leader of the parliamentary army in the Civil Wars?
7. In what century was the Britain the great-est economic power?

II. Explain the meaning of the following words and expressions.
1. a large-scale settlement
2. to halt the tribes
3. pagan
4. to be responsible to the king
5. internal self-government