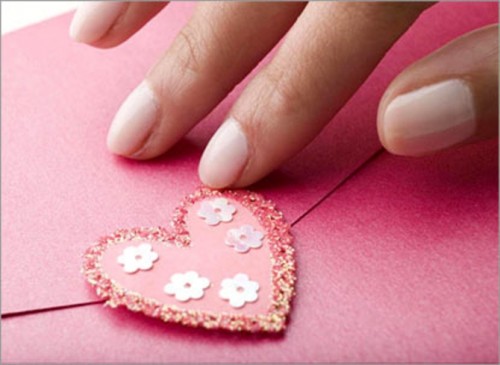 Универсальное стихотворение о любви
Poets and lyricists have always been inspired by love. The Scottish poet Robert Burns wrote «My love is like a red red rose», and Shakespeare wrote «The course of true love never did run smooth». The Beatles wrote «She loves you». Now you have a chance to join the long list of poets who have written poems about love.
Here is a love poem that you can complete yourself! Try to be as poetic and romantic as you can!

Your own poem will be a great present for your dear on St. Valentines Day, which is celebrated all over the world on February 14.

Here some interesting facts about Valentine’s Day:
— 15 February was a lottery day for men in deciding their girl partner.
— In the Middle Ages girls believed that the first man they see on the Valentine’s Day would be their future spouse!
— The trend of exchanging cards and gifts started during the 17th century and from then onwards, the sale only increased.
— Every year, virtually, one billion cards are exchanged, making it the largest greeting card industry after Christmas cards.
— Women are more actively involved in buying valentine greetings.
— In some countries Valentine’s Day is not just meant for lovers, but it is also a day of friendship when school kids exchange cards among friends and decorate their classrooms.

Roses are the traditional gift given on St Valentine’s Day, but before you buy roses, you’d better know what message you’re sending. Believe it or not, the colour of a rose can be very important.
Red roses say ‘I love you.’ They are the universal symbol of romantic love.
Light pink roses express fun and happiness.
Dark pink roses mean ‘Thank you’.
White roses symbolize innocence and secrecy.
Orange roses communicate desire or the part of the sender.
Yellow roses show friendship and freedom — so don’t send them if your intentions are romantic.
Black roses mean farewell.

St. Valentine’s Day around the world

In Britain and Italy, some unmarried women get up before sunrise on Valentine’s Day. They stand by the window waiting for a man to pass. They believe that the first man they see, or someone who looks like him, will marry them within a year.

In many Western countries, wedding rings are worn on the third finger of the left hand. It was believed that a nerve ran up the finger straight to the heart.

In Denmark, people send pressed snowdrops to their friends on Valentine’s day. Danish men also send a type of valentine called a gaekkebrev (joking letter). The sender writes a rhyme but does not sign his name. Instead, he signs the valentine with dots, one dot for each letter of his name. If the girl who gets it guesses his name, he gives her an Easter egg on Easter.

Japanese celebrate St Valentine’s day in a rather unusual way. Women give their men gifts of chocolate (as well as other presents). These gifts of chocolate are divided into two types: giri choco (obligatory chocolate) and honmei choco (chocolate for the man the woman is serious about). Giri choco is given to bosses and colleagues at work and sometimes a Japanese woman has to buy up to 30 boxes of this obligatory chocolate. However, on the 14th of March, exactly one month after Valentine’s bay, men give presents to women. This day is called White Day.

In the 19th century, many valentines were hand painted. Some showed a fat Cupid or arrows piercing a heart. Many cards had satin, ribbon, or lace trim. Others were decorated with dried flowers, feathers, pearl, sea shells, or tassels. Today, such cards can be seen in museums.

Some people feel lonely on Valentine’s Day. ‘If you want to cheer up’, advises one Italian psychologist, ‘ask everyone who hasn’t got a boy/girlfriend to come. Put on very, very sad music, or sound effects of wailing violins or ghosts. All stand in a circle and sob loudly. Your mood will improve almost at once. Later, you’ll remember this day as one of the most romantic meetings in your life.’

A young Taiwanese man wrote 700 letters to his girlfriend over a period of 2 years, trying to get her to marry him. His persistence finally brought results. The girl became engaged to the postman who faithfully delivered all the letters.

Many, many years ago girls pinned five bay leaves to their pillows on the eve of Valentine’s Day. They pinned one leaf to the centre of the pillow and one to each corner. If the charm worked, they saw their future husbands in their dreams.

About 3% of pet owners give Valentine s Day gifts to their pets.

Valentines Over the Years
The first true Valentine card was probably written by a young Frenchman, Charles, Duke of Orleans. Charles was captured by the English and imprisoned in the Tower of London in 1415. He felt very lonely, and to fight his loneliness he started writing love poems to his wife in France. His ‘valentines’ are now kept in the British Museum.
In 1537, King Henry VIII officially recognized St Valentine’s Day, which is ironic because he wasn’t the most romantic of men — he had six wives (and two of them were executed)!
The early valentines were handmade, and young people spent hours composing their own poems. In 1784, the first ‘Valentine Encyclopaedia’ was published under the title of: ‘The New English Valentine Writer, or the High Road to Love, for both Sexes, Containing a Complete Set of Valentines, which the Young may read without Blushing, and those of Riper Years find Pleasant and Entertaining.’
As time passed, valentine cards became more and more popular. The Victorians decorated their cards with hearts and Cupids, wild flowers, silk, lace, feathers — you name it!
When the modern postal system was set up in the nineteenth century, a real Valentine’s Day industry was found.