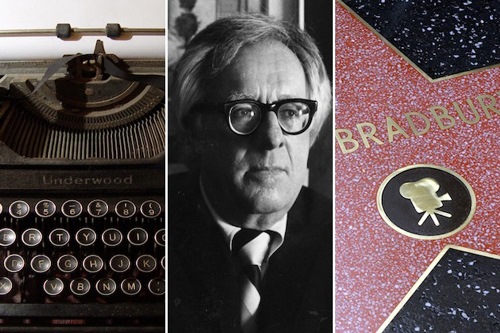 They walked slowly down the street at about ten in the evening, talking calmly.
‘But why so early?’ said Smith.
‘Because,’ said Braling.
‘Your first night out in years and you go home at ten o’clock.’
‘Nerves, I suppose.’
‘I’ve been trying to get you out for ten years! And now you insist on going home early.’
‘Mustn’t crowd my luck,’ said Braling. They turned a corner. ‘Honestly, Braling, I hate to say this, but — marriage has been awful for you, hasn’t it?’
‘I wouldn’t say that.’
‘But she almost forced you to marry her when she learned that you were going to Rio’ — ‘Dear Rio. I never did see it.’

As Smith walked away down the street in the night, Braling and Braling Two turned in at the door of the house. ‘I’m glad he’ll be happy too,’ said Braling.
‘Yes,’ said Braling Two thoughtfully. ‘Well, here’s the cellar box for you, B- Two.’ Braling led him down the stairs to the cellar.
‘That’s what I want to talk to you about,’ said Braling Two. ‘This cellar. I don’t like it. I don’t like that box.’
‘I’ll try and find something more comfortable.’
‘I’m made to move, not to lie still. How would you like to lie in a box most of the time?’
‘Well -‘
‘You wouldn’t like it at all. I keep running. I don’t stop. I’m alive and I have feelings.’ ‘It’ll only be a few days now. I’ll be off to Rio and you won’t have to stay in the box. You can live upstairs.’
Braling Two seemed irritated.
‘And when you come back from having a good time, back in the box I go.’
Braling said, ‘They didn’t tell me that I’d get a difficult copy.’
‘There’s a lot they don’t know about us,’ said Braling Two. ‘We’re new. And we have feelings. You’re going off to Rio. You’re going to laugh and lie in the sun. We’ll have to stay here in the cold. I hate the idea!’
‘But I’ve wanted that holiday all my life,’ said Braling quietly.
He half-closed his eyes. He could see the sea and the mountains and the yellow sand. He could hear the sound of the waves. He could feel the sun on his bare shoulders.
‘I’ll never go to Rio,’ said the other man. ‘Have you thought of that?’
‘No, I-,’
‘And another thing. Your wife.’
‘What about her?’ asked Braling, beginning to move towards the door.
‘I’ve grown quite fond of her.’
‘I’m glad you’re enjoying your job,’ Braling licked his lips nervously.
‘I’m afraid you don’t understand. I think — I’m in love with her.’
Braling took another step and froze. ‘You’re in what?’
‘And I’ve been thinking,’ said Braling Two, ‘how nice it is in Rio and how I’ll never get there. And I’ve thought about your wife and — I think we could be very happy.’
‘Th-that’s nice.’ Braling went as slowly as he could towards the cellar door. ‘You won’t mind waiting a moment, will you? I want to make a phone call.’
‘To whom?’ Braling Two frowned.
‘No one important.’
‘To Human Copies, Incorporated? To tell them to come and get me?’
‘No, no — nothing like that!’ He tried to run away.
Strong hands took his arms. ‘Don’t run!’ ‘Take your hands off!’
‘No.’
‘Did my wife tell you to do this?’
‘No.’
‘Did she guess? Did she talk to you? Does she know? Is it?’ He screamed. A hand covered his mouth. ‘You’ll never know, will you?’ Braling Two smiled. ‘You’ll never know.’
Braling struggled. ‘She must have guessed! She must have guessed!’
Braling Two said, ‘I’m going to put you in the box, lock and lose the key. Then I’ll buy another Rio ticket for your wife.’
‘Now, now, wait a minute, wait a minute. Don’t go away. Let’s talk about this!’ ‘Goodbye, Braling.’
Ten minutes later Mrs Braling awoke. She put her hand to her cheek. Someone had just kissed it. She shivered and looked up. ‘Why — you haven’t done that in years,’ she said softly.
‘We’ll see what we can do about that,’ someone said.