« Scarlet sails of love
A Date by Ch. Dickenson »

The end of the story by Jack London 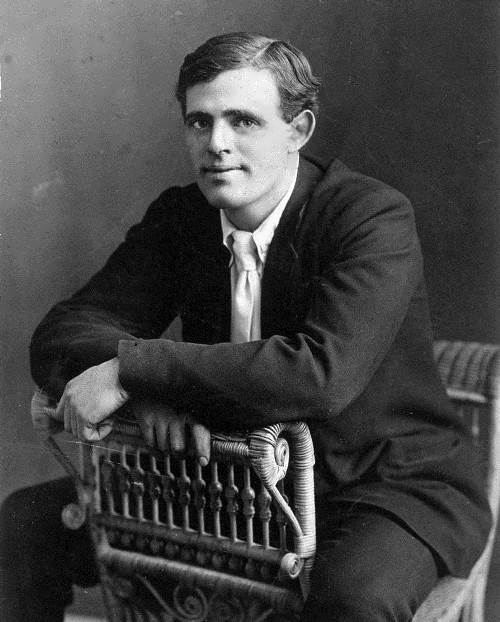 Four men were playing cards at a table made of rough boards. They were sitting in their shirts, their faces were covered with sweat. But their woolen-socked and moccasined feet were frozen. Such was the difference of temperature in the small cabin. The iron stove was red-hot; yet, eight feet away, on a shelf, lay frozen meat and bacon.
The men played whist: the pair that lost would have to dig a fishing hole through the seven feet of ice and snow that covered the Yukon.
“It’s cold,” said one of the men. “What’s the temperature, Doc?”
“About fifty,” said Doc. He was a slender, dark-haired man, healthy and strong. He had black and clever eyes. His hands were fine and nervous, made for delicate work.
Suddenly there was a knock at the door and a stranger came in.