« Traditions and Customs in Great Britain
Mausoleum at Halicarnassus »

Wine on the desert

Wine on the desert
(After Max Brand) 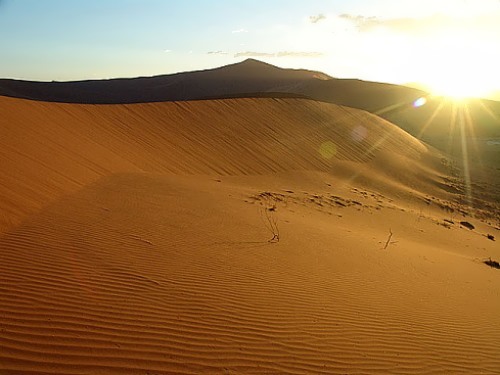 There was no hurry, except for the thirst. But very soon he would reach the cold water in Tony’s house. There was really no hurry at all. Durante had almost twenty-four hours’ head start, for they would not find his dead man until this morning. After that there would be perhaps several hours of delay before the sheriff gathered enough people and started on his trail. Or perhaps the sheriff would be fool enough to come alone.
At last Durante saw Tony’s windmill and his ten acres of the vineyard, with the vines planted in a hollow. During the wet season water gathered in the well. In the middle of the dry season the well ran dry, but long before that Tony had every drop of the water pumped up into twenty tanks.